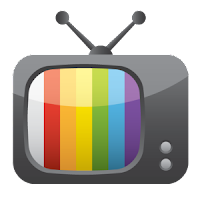 January was abuzz with talk about diabetes in the media, particularly on television. From poor tasting jokes on NBC's new sitcom, "Are You There, Chelsea?" to MTV's semi-accurate depiction of 3 individuals with diabetes on their hit documentary "True Life," and finally to the announcement of celebrity chef Paula Deen's type 2 diabetes diagnosis, there was certainly lots to talk about this month.
1. "Are You There, Chelsea?"
NBC launched their new sitcom "Are You There, Chelsea?" starring Laura Prepon (That 70's Show), in early January and featured an offensive diabetes-related joke in the series pilot. The joke was not only tasteless, but encouraged the spread of false information, thus further promoting ignorance and erroneously stereotypical perceptions of diabetes. The joke basically made fun of a woman who had supposedly got diabetes from eating too many cupcakes. And as if that is not offensive and inaccurate enough in itself, the character went on to joke that the woman had a good doctor, who caught it early, and therefore she still has both her feet.

Seriously NBC? Do you not screen any of your scripts before they air? No focus groups or staff feedback even? This joke goes far beyond stupidity; it is a gross misrepresentation, not to mention an insult to the diabetes community. Needless to say, diabetes (of any kind) is NOT caused from cupcakes, not does having diabetes necessarily lead to foot amputation. A little fact checking would have gone a long way here, NBC.

This joke caused an uproar throughout the DOC, to say the least. After Nicole, author of The We CARA Lot Blog, first brought the issue to light, in her post "You Win Some You Lose Some...But I'm Really Getting Sick Of Diabetes Jokes on T.V.", a Facebook page was created for people to show their support for diabetes awareness and their unhappiness about NBC's tasteless joke. Whether NBC responds to the outcry or not is yet to be seen.

2. MTV's "True Life"
The hit documentary aired an episode earlier this month entitled, "I Have Diabetes," in which they provided a glimpse into the lives of 3 individuals with diabetes. The show introduced us to Kristin, a troubled 20-something type 1 diabetic with colossal credit card debt and an stressed-out relationship with her mother. Through Kristin's disease, mother and daughter find a way to work together, and the audience is left feeling hopeful for Kristin's future.

We are then introduced to Matt, a college student who was diagnosed with type 1 diabetes as an early teen, and is focussed more on the college party scene than on diabetes management. After three diabetes seizures, likely induced by vast alcohol consumption, we learn that Matt's friends are more concerned for his health than he is and we are left hoping that he can turn it around and start taking care of himself.

Finally, we meet Jen, a young pregnant woman, who has been falsely diagnosed with type 2 diabetes. After a brutal pregnancy and severe battles with hyperglycemia, Jen is finally diagnosed correctly with type 1 diabetes. Sadly for Jen, the misdiagnosis and lack of available information was the fault of the healthcare system, and not herself. I feel awful for her and her experience, and only hope that she now finds the information she needs in order to maximize her health.

While some of the information was inaccurate, overall MTV did a pretty good job, and I found myself enjoying the show, rather than wanting to crawl through the television screen and throttle a producer (read: Are You There, Chelsea?). The episode can be watched in its entirety, within the US, here .

Immediate backlash resulted from angry diabetics who feel Paula is a hyprocrite by promoting fatty, sugary foods while hiding her disease. Some feel that she is wrong to promote unhealthy food choices vital to the management of her disease, while others feel that she is capitalizing on the disease by partnering with a drug company.

Others suggest that Deen change her focus and host a whole new show about entertaining as a diabetic, and believe that this is a rare opportunity in which a household celebrity can use their appeal and recognition to eduction and advocate for diabetes, while demonstrating that type 2 diabetes is manageable. Their counterparts argue that Deen, being considerably overweight and cooking extensively with sugars and fats, is perhaps not the best spokesperson for type 2 diabetes.

My opinion? I think as long as she's presenting accurate information that is helpful to the public, and helps curb the spread of ignorance and stereotypes, then I really don't care what she looks like or what she eats. Education is always a good thing.
Posted by Jen at 23:24