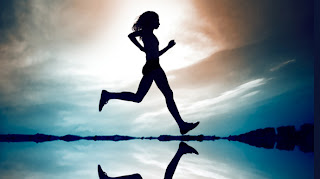 One of my biggest fears is exercise induced low blood sugar. Dylan is so active, playing hockey 3-4 times per week, playing with friends, trampolining, walking, skiing, and wrestling with his stepdad, that I often worry about the effects on his blood sugar. Fortunately, he is on an insulin pump, so it's easy to program varying basal rates for different times of day and run temporary basal rates during exercise.

But what if we do all that and he still runs low? It's happened, that's for sure. Our first treatment is always fast acting sugar, either juice or dextrose tablets, and when in doubt we usually disconnect or suspend the pump to prevent any more insulin delivery while he's low. Then we retest every 10-15 minutes until his blood sugar is back in range.

This is perhaps the only aspect of Dylan's diabetes that I can truly relate to because I get exercise induced hypoglycemia myself. A LOT. In fact, it has become so common that I am now hesitant to venture far from home during exercise, unless I have a decent supply of fast acting sugar with me. The onset is sudden, and often unforeseen; literally one minute I'll feel fine, and the next I'll be struggling to stay upright. The feeling is odd, but very specific. And it's always the same, just to varying degrees of intensity, depending on how low I get. Shakiness comes first, followed by an acute awareness of my surroundings, but an inability to respond to them. Everything becomes more pronounced; sounds get louder, colors brighter, and I feel lighter, almost weightless. Yet every movement requires concentrated and deliberate effort. And the longer I go without sugar, the weaker I feel.

I don't have diabetes, so I don't usually carry a blood glucose tester on me during exercise (unless Dylan is with me, or I have my purse, which has an extra kit for him at all times). This means I don't usually know how low I am. If at home, I use Dyl's meter to check (and for the record the lowest I've even been is 1.8mmol/l, which is equivalent to 32mg/dl for my friends south of the border). I I usually start to feel anything under 4.0mmol/l, or 72mg/dl), but since I don't have to worry about over-treating the low, I usually just continue to treat until I feel better.

I know that if I eat slow-release complex carbs, combined with a little protein, about 20 minutes before exercise, that I'm much less likely to get low, but, as with diabetes, there are no guarantees. Some of the most effective pre-workout foods for me are a bowl of homemade oatmeal topped with flax seeds and fresh berries, or a whole grain bagel with peanut butter and banana, or a fruit smoothie with 1/4 cup of protein powder. I also know that if haven't slept well the night before, or have had ANY alcohol in the previous 24hrs, I am way more likely to get low half an hour into my workout.

Overall, it's not a huge deal, except that I started my half-marathon training this week, and as I was headed out the door for a run this morning, I suddenly became paralyzed with fear because I knew I hadn't had any protein with breakfast. I wasn't planning on running far enough to need a fuel or water belt, so I had 3 choices: chance it and see what happens (ah...no); stay close to home by literally just running around my neighborhood (too boring); or get on the mill. I chose the latter and spent 40 minutes running on the treadmill in my bedroom, while watching a bit of "Eat, Pray, Love." Good thing too, because about 10 minutes in I needed sugar. A big handful of Sharkies and a glass of juice later, and I was good to continue.