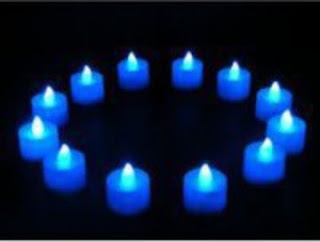 Type 1 Diabetes has struck again, and this time taken the life of a 35 year old man. It was with great sadness that I learned, a few months ago, an acquaintance of mine from high school had died suddenly. While I didn't know him well, we had a number of common friends, and shared one very close friend. At the time of his death, there were many questions. No one knew what had happened and there didn't appear to be an obvious cause of death. Until now. Late last week I was informed that he died as a result of undiagnosed type 1 diabetes.

My initial reaction was shock, then anger, then sadness, as I tried to explain to my heartbroken friend that it takes all of about 3 seconds to diagnose type 1 diabetes; that the symptoms are obvious; that it is a manageable disease; and that his death could have been prevented had someone, anyone, known what to look for. He had suffered months of weight loss, increasing dehydration, and, finally, severe flu like symptoms.

Type 1 diabetes continues to be a silent killer. For those of us within its sphere - who are type 1, or have a loved one with type 1 - the symptoms are easily recognizable. Yet, for those outside of the circle, it is an invisible illness. Education and awareness on the signs of type 1 diabetes are lacking. Period. Like many others, I used to be in the dark. When Dylan was diagnosed I knew absolutely nothing about diabetes. I had no idea that his excessive thirst, frequent urination, massive and sudden weight loss, pallor, and lethargy, were signs of hyperglycemia induced ketoacidosis. Like most parents of a type 1 child at the time of diagnosis, I just thought he had the flu.

While my early advocacy was always focussed on finding a cure for type 1 diabetes, with time I have realized more and more, that awareness and education are just as, if not more so, critically important. Never has that been more obvious to me than now.


*On a side note, this is the 3rd person from my high school class that developed type 1 diabetes as an adult. The 3rd out of 375 graduates. That's a stat much higher than the average.
Posted by Jen at 14:57